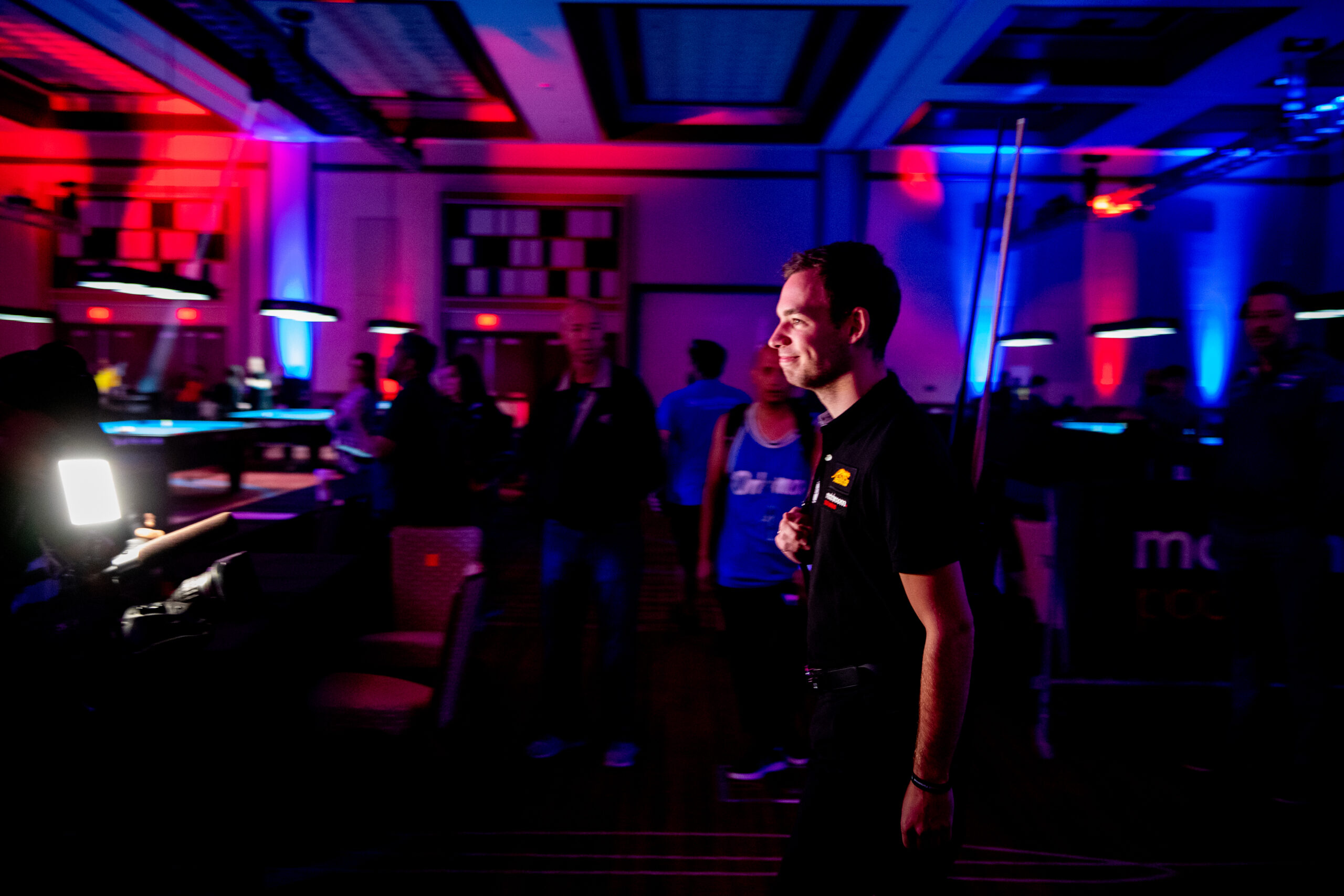 The 2021 US Open Pool Championship got underway in style at Harrah’s Resort, Atlantic City with reigning champion Joshua Filler out to join a select few who have defended their crown in what is known as the toughest tournament in 9-ball pool.

In Matchroom Pool’s first visit stateside since the 2019 Mosconi Cup, Filler got his campaign off to the best possible start getting the better of American Joseph Blyler 9-2 in quick time with Blyler struggling after taking the opening rack.

Filler has been on a good streak in Matchroom Pool Series events and recently claimed the World Cup of Pool title alongside partner Christoph Reintjes. He underlined his intentions perhaps best in the fifth rack with a two-rail kick on the five to help clean up to lead 4-1. At times, all Blyler could do was applaud the Matchroom Pool World No.2’s shotmaking.

2019 Mosconi Cup MVP Skyler Woodward was also live on our YouTube where fans witnessed him beat Rick Miller 9-2. It was a similar story for World Pool Championship runner-up Omar Al-Shaheen who beat James Prather 9-2 and World 10-ball runner-up Naoyuki Oi who moved to the winners’ bracket seeing off David Daya 9-4.

Judd Trump made his long-awaited 9-ball pool debut at the start of the evening session and the World Snooker 22 time ranking title winner didn’t hang around against Joe Magee in a whitewash win. The Ace in the Pack allayed any early nerves with a solid opening break before going on to break and run in several racks. With Magee watching on from his chair, Trump made his ascent to the hill with a fantastic cut on the eight, which saw him take the cue ball around the table to be in position and make a dream start.

The recently announced Team USA Mosconi Cup Vice-Captain and five-time US Open champion Shane Van Boening laid down his gauntlet with a 9-2 win over Francesco Candela in front of a packed crowd on the main table at Harrah’s Resort, Atlantic City. Van Boening won four of his five titles in the last decade and will face Sharik Sayed of Singapore next as the quest for number six rolls on.

Five-time winner Earl Strickland started against Adam Martin in a convincing 9-1 victory whilst Billy Thorpe needed the last rack to beat Raymond Linares and Tyler Styer suffered at the hands of Hussain Al Sayyafi but recovered to beat James Conn in the first losers round.

Recently crowned World 10-ball winner Eklent Kaçi faced Jesus Atencio in a tricky encounter which he overcame 9-7 to go into the winners’ bracket.

Play gets back underway at 10 am ET tomorrow (Tuesday, September 14) with Japan’s Oi against Mohammad Almuhanna of Kuwait before Shaw meets Daniel Dagotdat of the Philippines. Trump returns in the afternoon session against Dhruvalkumal Patel before an enticing clash between Kelly Fisher and Kristina Tkach. A full schedule for the day can be found here.

A range of ticket packages are available including an event pass giving you access to all six days of action for only $166.25, a saving of up to $100.

Race To Mosconi Cup Concludes with US Open Pool Championship