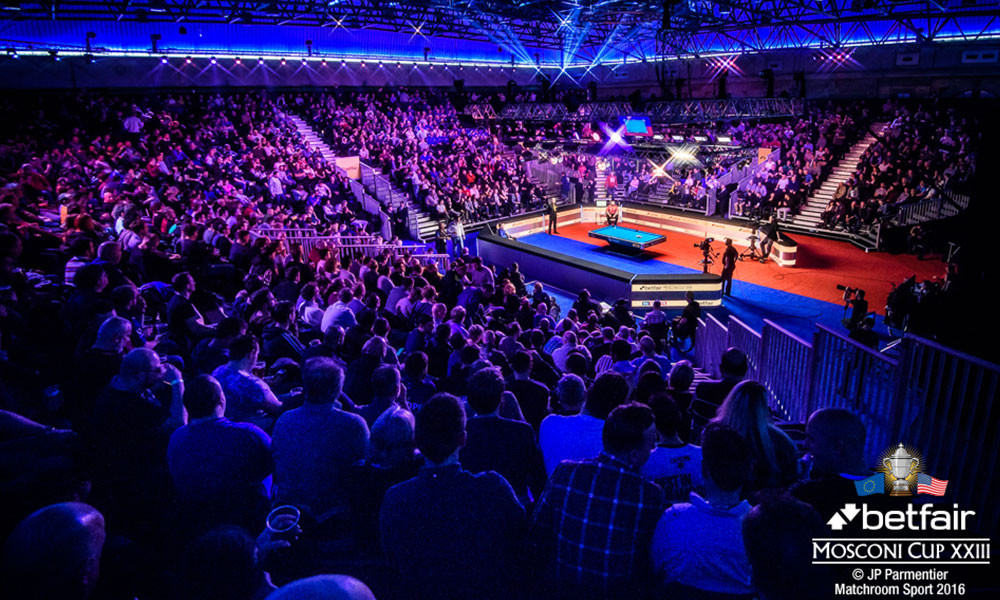 The Mosconi Cup is an international event televised live in over40 countries around the world. As such there is a strong demand from international rights holders to see the event through to the closing stages, given the amount of time and resources invested in the event.

As a consequence it was decided to not play the final scheduled match on Wednesday evening and hold it over to the first match on the Thursday. This is with precedent – as recently as 2014 a match was held over into the final session.

The Thursday night session will see a minimum of four matches – the doubles match held over from Wednesday night plus a doubles then singles then doubles.

Europe Close In On Historic Win