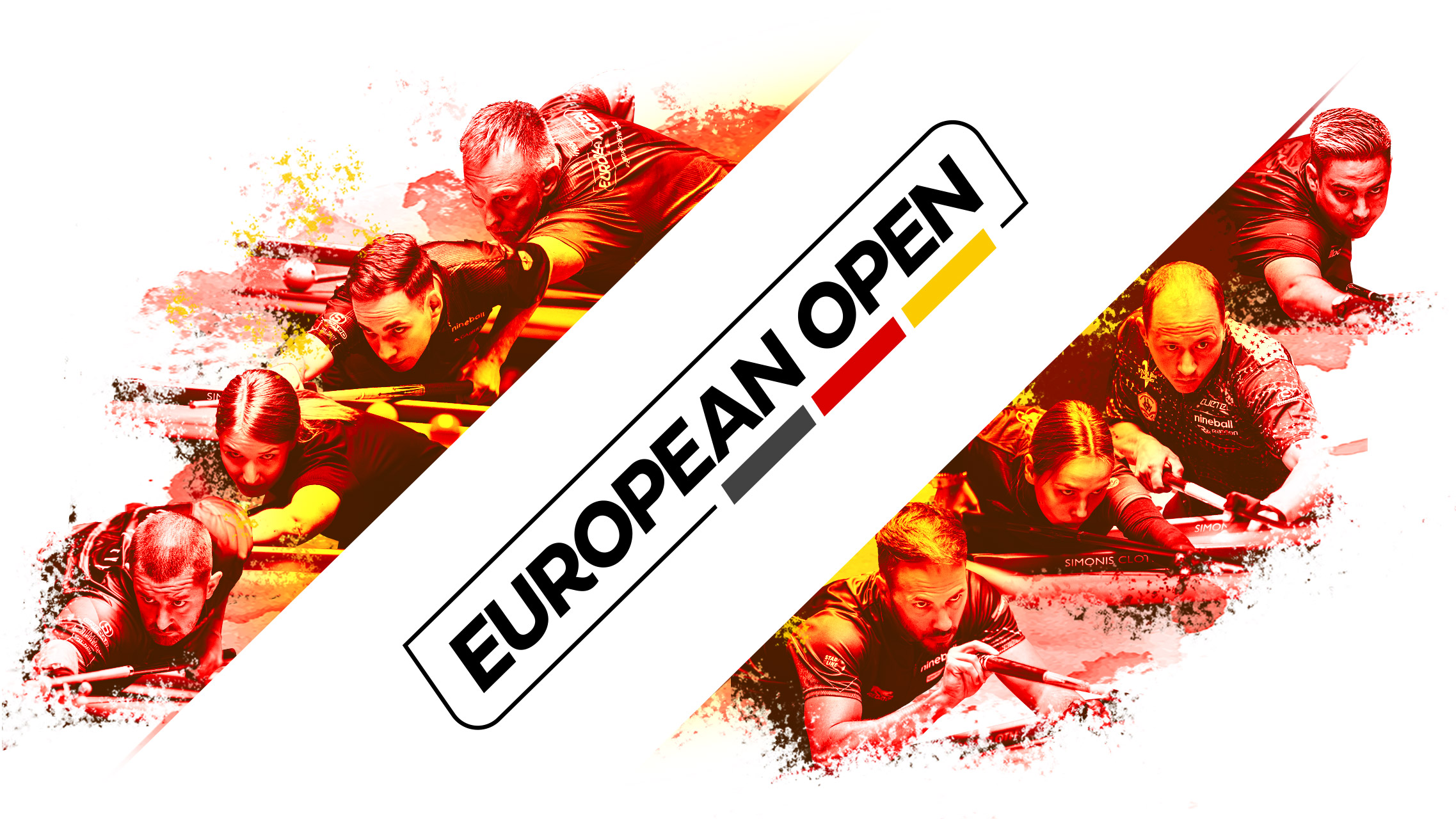 The 2023 European Open Pool Championship player entries are open now for the 256 player field! The Major will take place at Hotel Esperanto, Fulda from August 8-13 2023 with spectator tickets on sale from Friday, 7 October to Matchroom Pool Club Members.

The agreement will see the City, Federation, and local club SG Johannesberg benefit from Matchroom’s global exposure both digitally and linearly thanks to the sprawling TV coverage and over one million followers across social media in a partnership with the aim of growing pool and Fulda being the very heart of it as the home of the European Open. Fans will be able to enjoy the action globally thanks to partners including DAZN in the USA, Canada, Brazil, Germany, Austria, Switzerland, Spain, Italy as well as Viaplay in Scandinavia, the Baltics and Poland and Sky Sports in the UK for the final two days of play.

Specator tickets will start from €15 per session with fans also given the opportunity to purchase a weekend pass to see all the weekend action for €40 or a season pass to enjoy every minute of the action for only €95.

Major Oberbürgermeister/Lord Mayor Dr. Heiko Wingenfeld of Fulda: “I am delighted to hear that the European Open is to remain in Fulda.We are very happy with the outcome of the European Open event, not least because it was the first time that the event has been held at all and the first time it was held at this venue. The feedback from both players and fans was extremely positive.”

“We look forward to welcoming the players and fans to Fulda, the hometown of Thorsten Hohmann, in the coming three years. We are sure that we will play host to some very exciting events featuring the world’s best pool players and witnessed by numerous fans. Fans watching the events live and in person or via their TVs at home will see that Fulda is an attractive city where sport is really lived.”

The President of the Deutsche Billard-Union Helmut Biermann said: “As the federation with by far the largest number of active pool players in Europe, we followed Matchroom’s first pool event in Germany with interest. After the overwhelming success of the first European Open, we are now pleased that after a short open dialogue with Matchroom we have. We have managed to set up a fruitful co-operation for the future. We look forward to the challenge of working with such a respected partner for our mutual benefit and for the further progress of billiards in the future.”

Matchroom Multi Sport Managing Director Emily Frazer said: “We cannot wait to return to Fulda for not only next year but at least until 2025. The crowds came out in their droves over the six days to support the players new and old competing in the first international major pool tournament to hit Germany in over 30 years.”

“We strongly believe with thanks to the support of the Lord Mayor Heiko Wingenfeld, the Deutsche Billard-Union, and Hotel Esperanto, Fulda we can grow this event from strength to strength in the heart of Germany. I am so excited to see what we can continue to grow.”